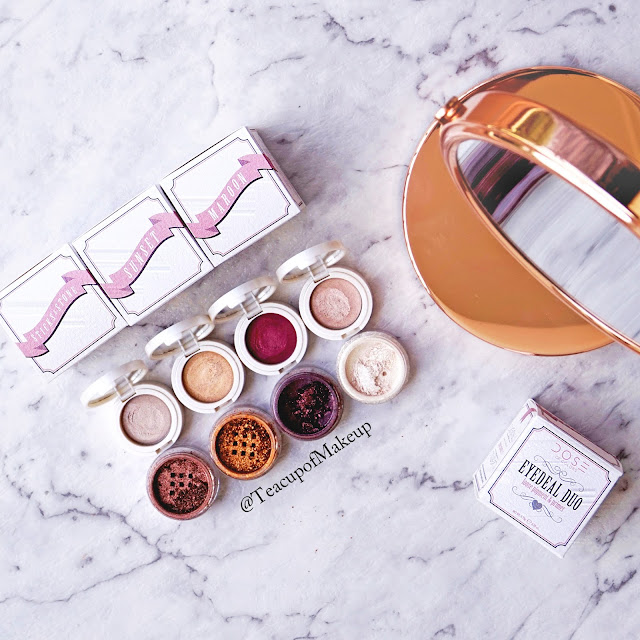 My love affair with Dose of Colors continues.

They have released Eyedeal Duos. There are thirteen duos in total. You can see the full set here.

They retail for US$25 each on the Dose of Colors website. I purchased them from Beautybay.com for A$40.60 each. Scotty's Makeup in Sydney, Australia carries them and sells them for A$40 each.

Each duo contains a matching primer/cream eyeshadow and a pigment.


what's good about them?

The exterior packaging is pretty, They have also included a little mirror in the lid.

The colour payoff and longevity is great (all day wear).

I like the ability to mix the primer and pigments for different effects. You can wear either on it's own, though I would recommend setting the primer with a translucent powder if that is all you want to wear as a wash of colour.

I have worn the pigments with a bit of mixer like Inglot's Duraline. It's very pretty and certainly intensifies the colours.

I've tried wearing the primers as eyeliners, they seem ok though again, it's best to set them with a translucent power.

I think the other colours I would like to try are Maple; Shell; Lemon Drop and Stellar.

what's not good about them?

The interior packaging for the section that contains the pigment. The lid and screw bits are too deep and a lot of product can get caught in them. This makes it incredibly messy when you open them as pigments can fly everywhere.

Of the two that I purchased, I found that Sunset and Maroon's pigments seemed less fine or more clumpy than the other two. This made it harder to apply as your fingers or brush can pick up more product than you want as it is hard to 'tap tap tap' it off.

I noticed some fallout during application. Best to place a tissue or a shadow shield under your eyes when you apply them.

As for the price. Well, if I lived and worked in the USA, U$25 is a very good price point. For A$40 in Australia, I would say that's ok as you do get two products in one that you can match with your other makeup items. 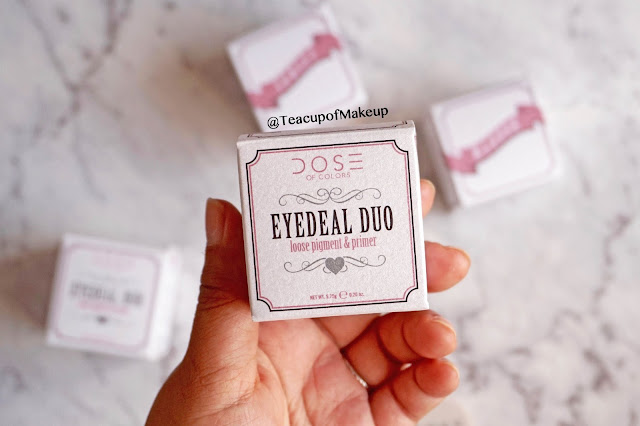 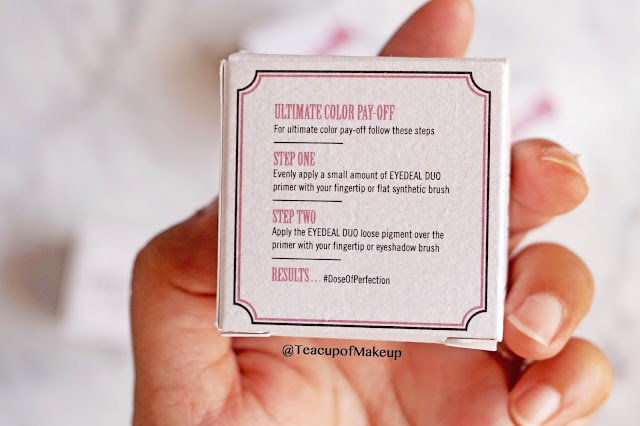 Instructions on application on the back 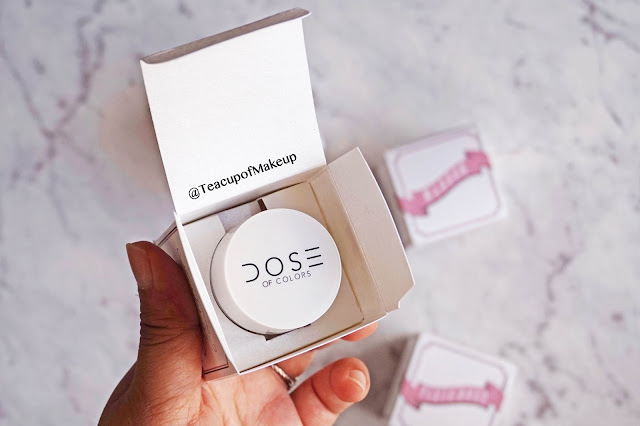 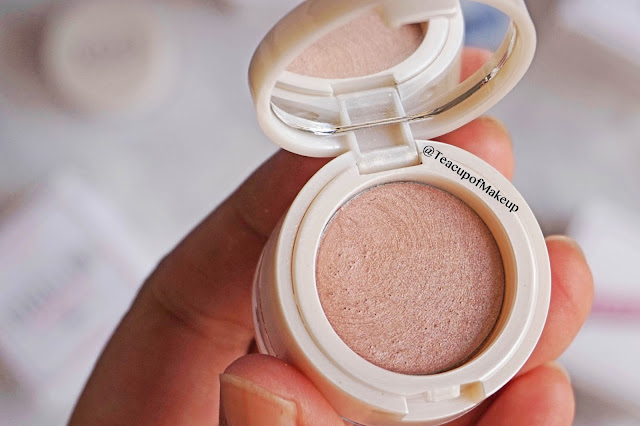 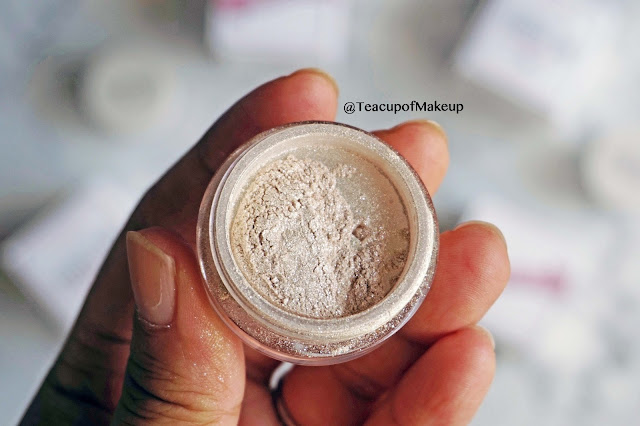 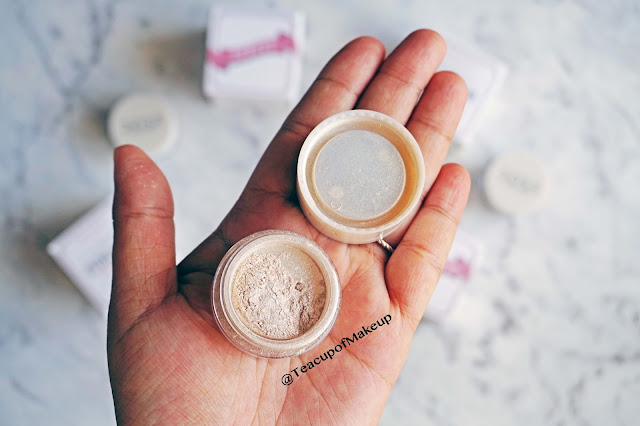 Here you can see what the problem is with the packaging for the pigment section. The deep ridge in the lid traps a fair bit of product as the pigments will get pressed into the ridge when you close it. 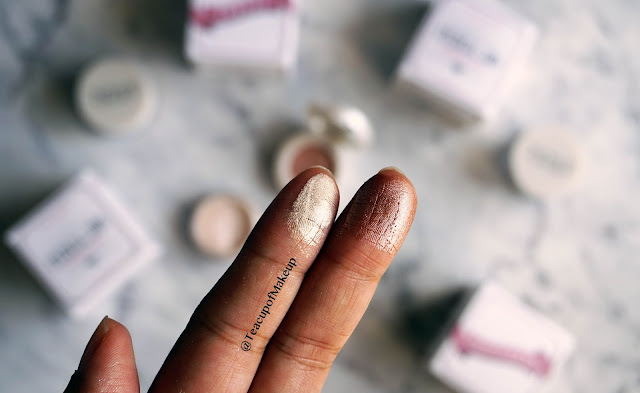 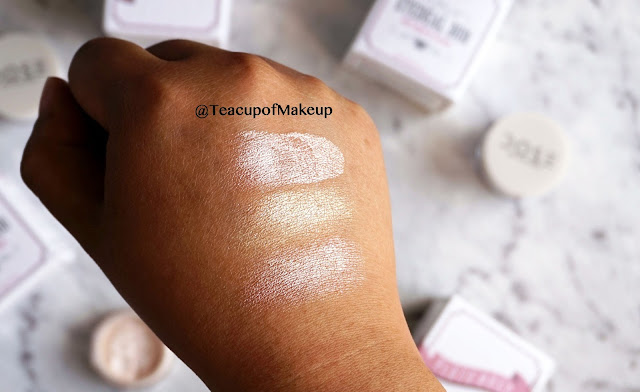 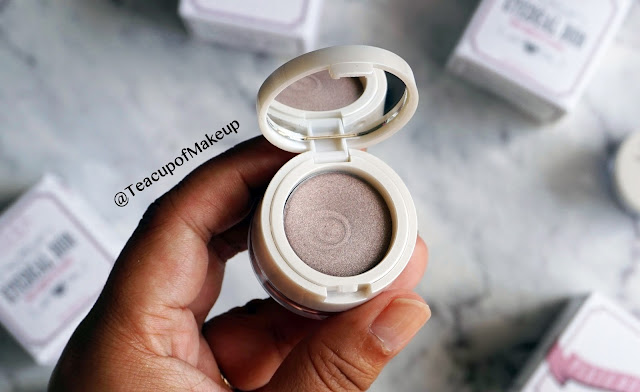 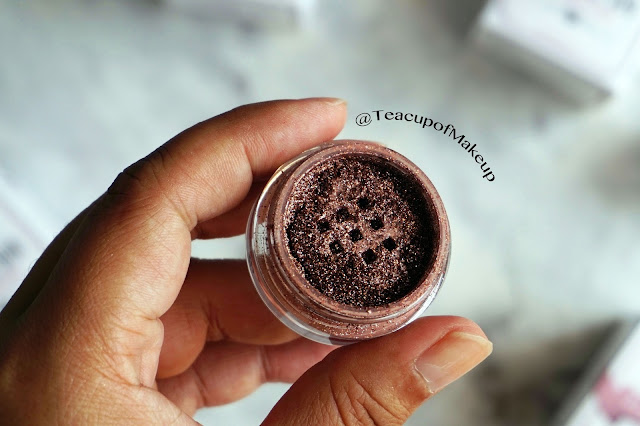 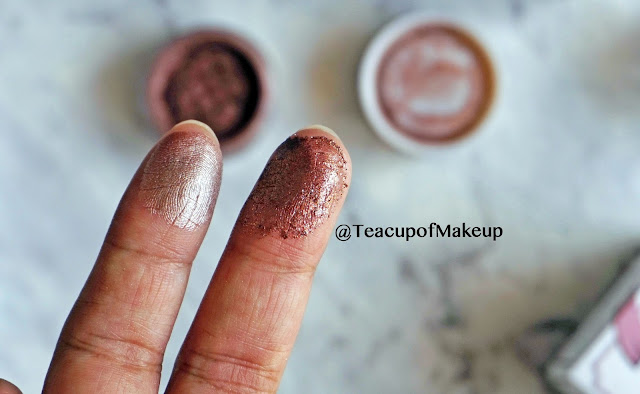 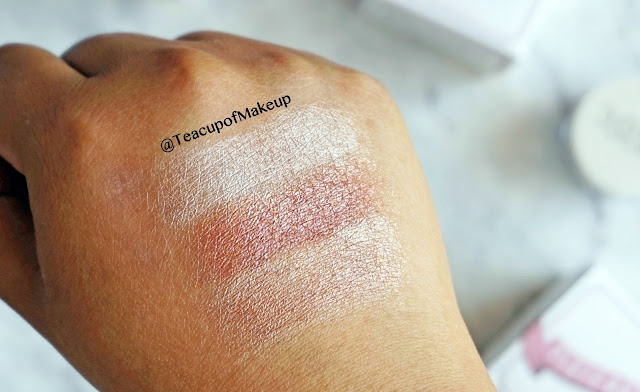 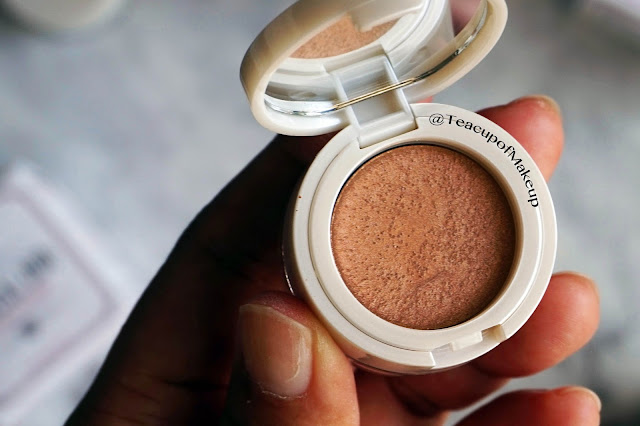 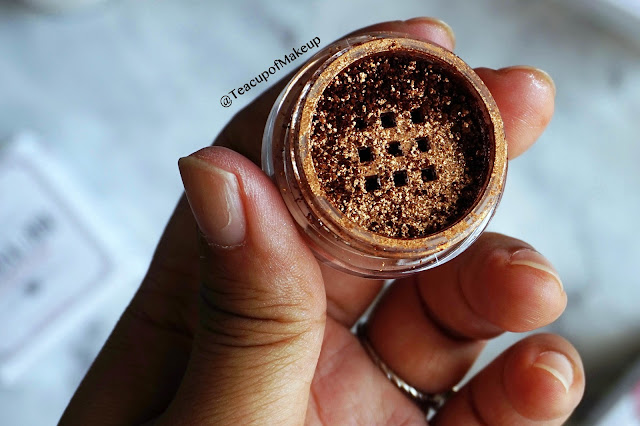 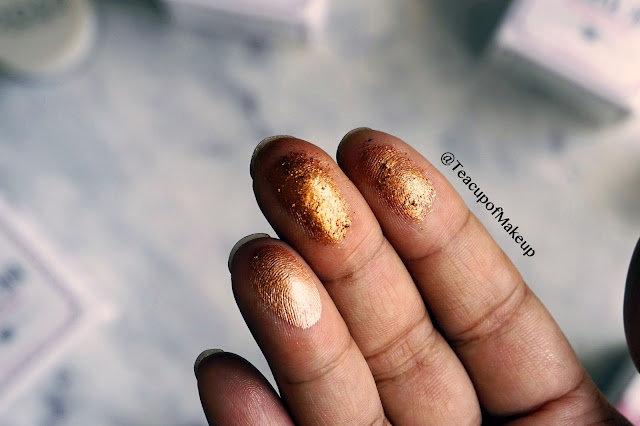 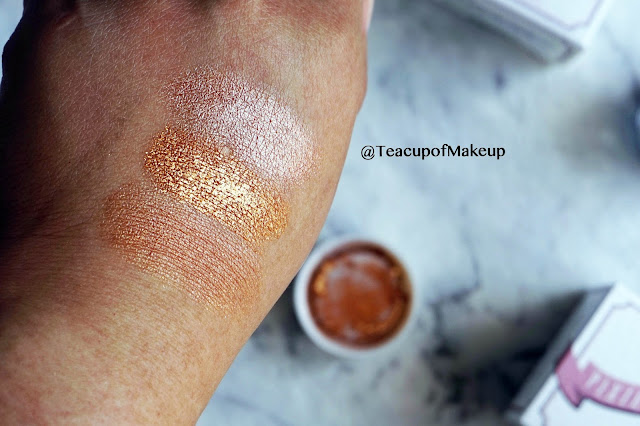 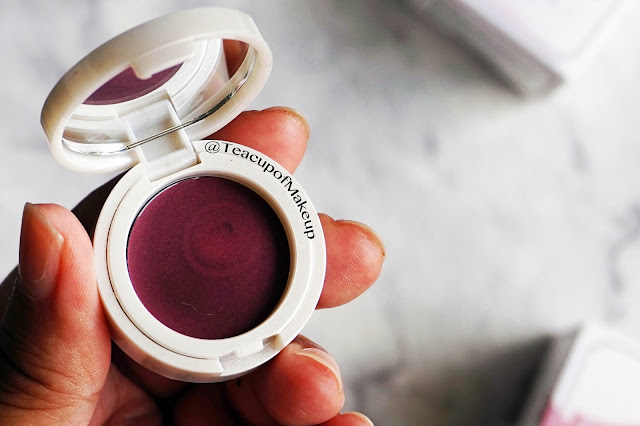 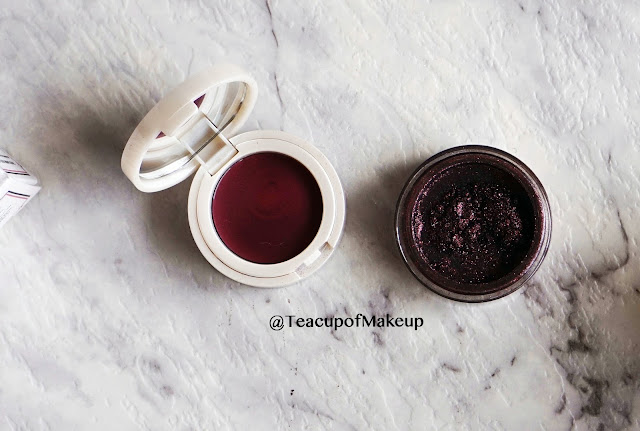 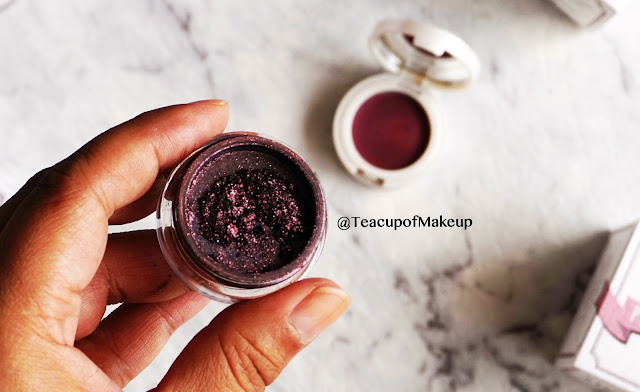 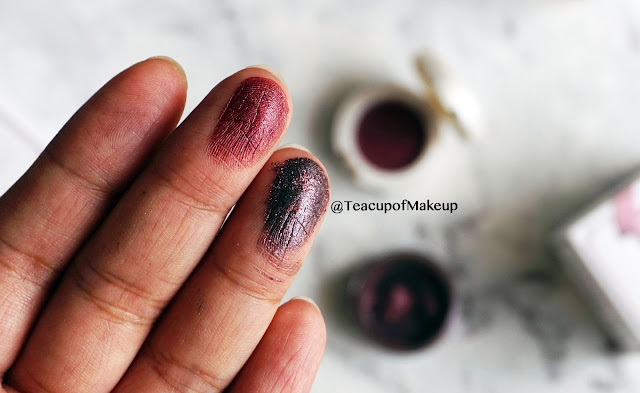 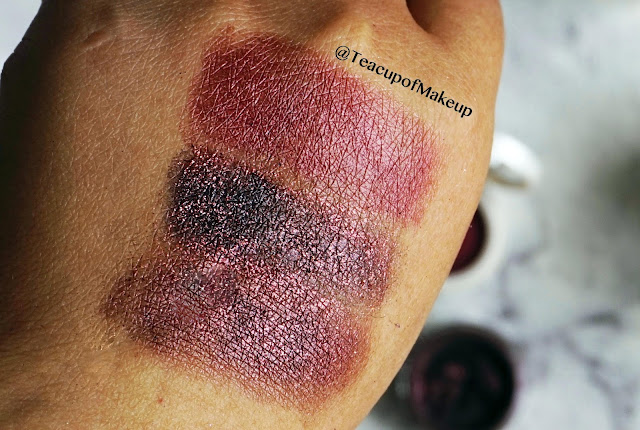 so what do you think? yes or no? let me know your thoughts!

Yours Truly and with Lots of Love, TeaCupofMakeup