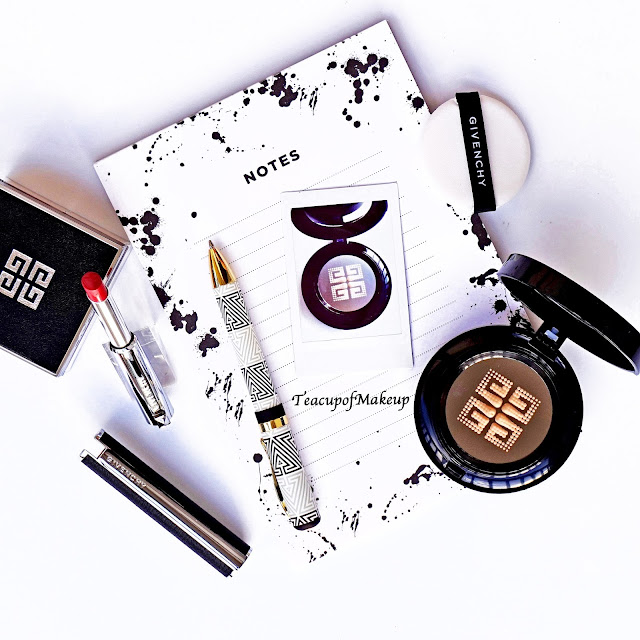 The trend for cushion foundations has been going on for a long while. They first originated from Korea. The Korean ones tend to give you a luminous glowy look though they have come out with more matte ones. 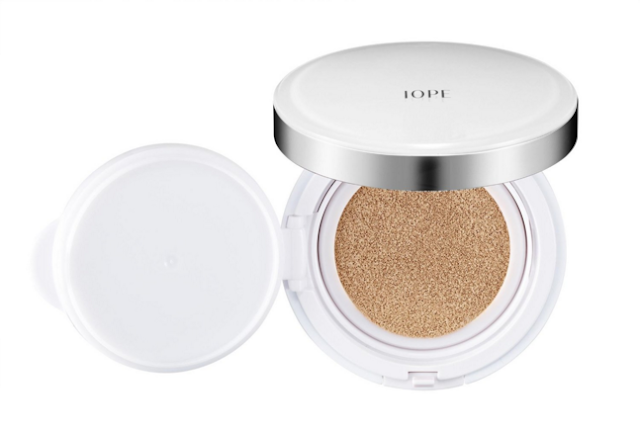 This is what a typical Asian Cushion Foundation looks like (this one is from IOPI, a Korean brand I really like). Notice that it is the cushion inside that contains the foundation. Also, they very typically come with a refill.

Since the trend started several years ago, more and more European/USA brands have come out with "cushion foundations". Most of them like Lancome, Dior, YSL and It Cosmetics all look like the one above.

Like the Korean/Asian ones, they all come with a flap to close off the cushion part.

So what is it?

So, that's what makes the Givenchy Teint Couture Cushion Foundation unique. It does not come with a flap, but a metal plate with holes punched so that the product comes out as the Givenchy logo.

It's basically a fluid (fairly fluid) foundation trapped inside a thick round compact. You release the foundation by pressing down. The metal plate is meant to protect the foundation from bacteria and air.

It is a water based foundation that is paraben free.

Using the applicator, you press down and the foundation goes on the sponge applicator.


what's good about it?

It's pretty cool. I like that Givenchy has differentiated its cushion foundation by it's unique design.

The use of the metal plate is good too if you are a germaphobic like me. It's very easy to clean. Unlike the other cushion foundations - that's just not possible.

The holes in the plate are very small, almost like pin pricks so there should be no worry of weird stuff falling in.

You don't get product wasted or stuck in a cushion in the compact like the other cushion foundations in the tradition format.

It has the same lovely Givenchy foundation formula. Coverage is buildable. It even covered my dark eye rings (refer to photos below). It's lightweight and feels like I'm not wearing anything on the skin.

I love the effect it gives. It's very much like the Teint Couture Blurring Foundation Balm which I love.

There is no perceivable scent.

what's not good about it?

That darn little applicator is so thin and now very useable.

It does not come with a refill but I don't think the other Western brand ones do either.

O.K. to be honest, to press it so you get the cool Givenchy logo coming through is tricky. You really have to press the whole metal plate to get an even effect, but who cares.

I'm not sure if this is a good or bad thing, but it sets very quickly. When patting it on, I later found I would get "pat ring" lines which I had to blend out quite vigorously with a brush applying more product on top. 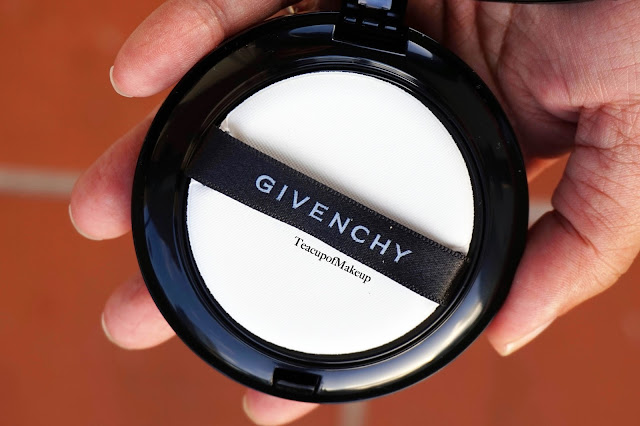 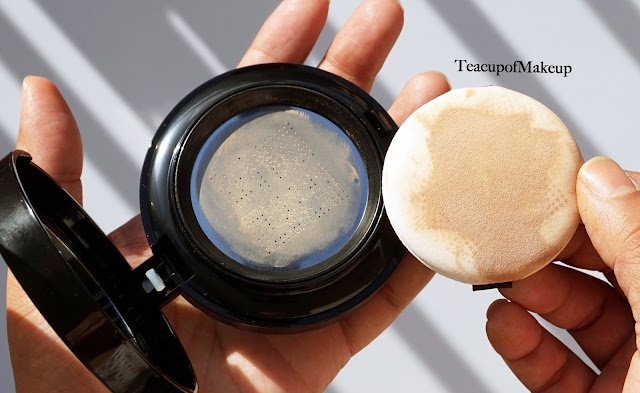 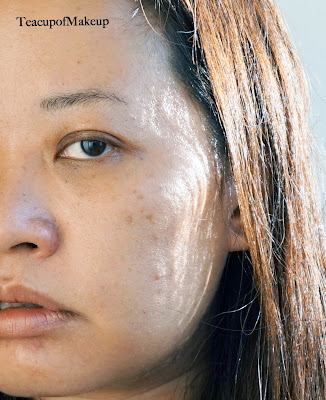 Before - lots of spots 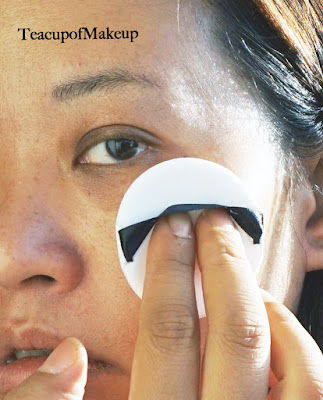 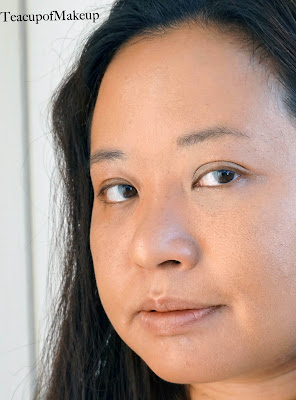 After - No photoshopping at all

Final Thoughts: So have you jumped on the cushion foundation train yet? This is a good one to start with.

Yours Truly and with Lots of Love, TeaCupofMakeup